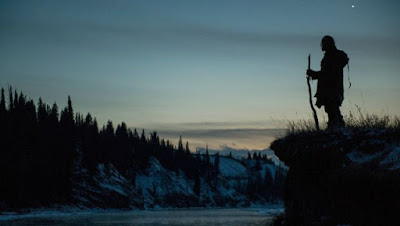 Ever since I wrote my (very short) review of The Revenant, people have been asking my honest opinion on how the French-Canadian trappers were represented. The question seems to have gained notoriety ever since actor and activist Roy Dupuis basically accused the movie of being racist towards French-Canadians. He denounces the way they are apparently portrayed as inherently evil. However, I guess the question should rather be: who do I take more issue with: the filmmakers or Dupuis?

My honest answer? A long, drawn out and puzzled “Meh?”, shrugging with my hands in the air.

That is, I’m on the fence, meeting Dupuis and the filmmakers half-way on the issue. Let’s face the facts: the movie does not portray French-Canadians under a good light. They are basically shown as raping, pillaging pirates of the West (though with apparently better hygiene than the American trappers, I’ve noticed...). Clearly, most French-Canadians did not act like this. But was the intention to paint a broad portrait of all French-Canadians? We must first dispel what Dupuis claimed to support his statement: he says that only the French-Canadian characters are seen killing people (“Pourquoi donc le cinéaste n’a-t-il pas montré les meurtres commis par les Américains?”). Apparently we watched two different movies, for the movie depicts numerous scenes of murder, attempted murder and fights between Americans and Natives (*SPOILER* namely the antagonist killing the protagonist’s métis son). There is open racism against natives. Heck, the very opening of the movie focuses on the destruction of an entire Native village by Americans. In fact, everybody in this story is violent and wary of the “other”: French, Americans, and yes, even Natives (though all for different reasons). In this context, the singling out of French-Canadians in the movie just seems odd- implying they should have been angels instead of the fiends they are portrayed as. This insinuation smacks of the same racism generalizing tends to do, one way or another.

Yes, I can agree with Dupuis that French-Canadians were much better at sustaining peaceful, meaningful relationships with Native populations when compared to the British and Spanish. But one can’t forget trade primarily sustained these relationships. The Métis of the plains are the most famous example of the mingling of Native women and French frontiersmen. But as Europeans became less and less dependent of Natives (and of the French links to them), just as many of these cultural relationships broke down as families largely reintegrated white communities. Lets us also remember that the world of 1823 is different than that of 1723: the search for furs led men further out West, and violence followed suit. In fact, when the Hudson Bay Company merged with its competitors in 1821, one of the main reasons was because of the frontier violence between their employees, which just had to stop according to British officials. And yes, many of the belligerents were French-Canadian.

And what about Dupuis' claim that most Frenchmen married Native women and created today’s French-Canadians? Serge Bouchard already answered last year by reminding us only 1% of Quebec’s genetics contains Native genes... A fact that Dupuis curiously glosses over in his own documentary as researcher Hélène Vézina tells him that even if 75% or so of French-Canadian genealogies contain at least one Native ancestor, this only represents a mere 1% genetic presence in French-Canada. Dupuis, then, is just as prone to sweeping generalisations.

As for his claim that there were only a few “brutes” amongst French-Canadians, Dupuis is flirting dangerously close with the “No true Scotsman” fallacy. I would like to point out that in the heyday of French-Native relations under the French Regime, harmony was not exactly perfect. A quick keyword search through Bibliothèque et Archives nationales du Québec reveals that though there are many judicial cases against Natives for rape, murder and stealing, cases against Frenchman doing wrong to Natives are conspicuously absent. Instead of bolstering Dupuis’s claims, this fact demonstrates that colonial justice was not as preoccupied with rendering justice to Natives as it was with Frenchmen. Let us not forget also that loyalties constantly shifted between various Amerindian Nations and the French: one decade they would be fighting alongside each other, the other, against. And one should never forget that the French waged an all out war against the Fox in the 1730’s, and that with their Choctaw allies, they basically eradicated the Natchez in the same decade. In a final example of everyday violence against Natives, it would be neglectful to forget that the French traded in Indian slaves; in 1752, in Kaskaskia alone, Native slaves represented 11% of the population. And I doubt they were all kindly treated... So much for Dupuis’ criticism of the portrayal of slavery in the movie.

Don’t get me wrong, however: I admire Dupuis’ effort to remind us of French-Canada’s debt to First Nations. However, his concerns are an echo of modern French-Canadian society’s unfortunate and naive complacency. How often do we hear phrases like “We loved Natives”, “We didn’t steal their lands”, “We...”, “We...”, “we...”. But as was brought up in a recent colloquium, while on the one hand French-Canadian society pats itself on the back for having treated Native peoples better than most colonists, we are forgetting we still had a hand in many of their problems. If, for example, certain French-Canadians point out that it was an Anglophone government that instated Native residential schools in Canada, they conveniently forget that many of the catholic employees of these institutions were French-Canadian...

Following these arguments, I take less issue with the handful of French-Canadian renegades shown in the movie than with Dupuis’ over-idealized view of French-Indian relations. As Allan Greer reminds us regarding the movie, “Drunkenness, sex slavery, rape; can’t think of any direct evidence for the latter, but who knows what evil deeds went unrecorded in a setting where there are no institutions of justice as we know them?”

So what do I think of The Revenant’s portrayal of French-Canadians? Vicious, indeed, yet not totally uncalled for, but not totally necessary either. Having thrown in a few neutral if not outright good French-Canadian characters could have nuanced the movie and brought it closer to reality. For my taste, a much better portrayal of an average French-Canadian mountain-man would be Pasquinel, one of the protagonists from 1978’s miniseries, Centennial. Yet, in a movie where no one is shown on their most positive side, it’s hard to accuse the director of favouritism as Dupuis claims. Instead, we are reminded once again that the past is often an uncomfortable place, whether we want to admit it or not... 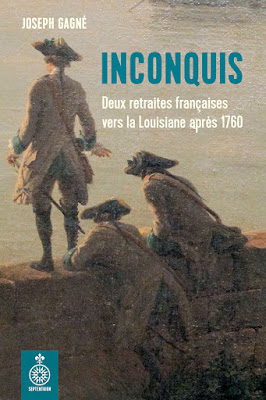 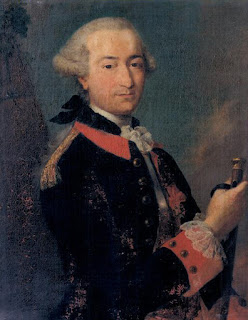 When Going to an Archive Center...

Whenever I go to an archive center...

Posted by Joseph Gagné at 5:23 PM No comments:

While most people are familiar with or at least aware of the existence of slavery in North American history, they (rightly so) associate the practice to the subjugation of blacks. However, what most people don't know is that countless Natives were bought and sold into servitude as well.

For anyone wanting to learn more, a good starting point is Brett Rushforth's Bonds of Alliance: Indigenous and Atlantic Slaveries in New France.

Also see an example of a bill of sale for a Native slave: http://curieusenouvellefrance.blogspot.ca/2013/02/vente-desclave.html
Posted by Joseph Gagné at 11:47 AM 2 comments:

NOTE: This initial review was rooted in a cinematic appreciation of the movie, not necessarily a historical one. Following many criticisms of my review, I did a follow up review based on the accuracy of the movie instead. Mea culpa for what should have been my primary focus, being that I am, after all, a historian! The Revenant Review Follow-Up

I finally went to see The Revenant. It's not a New France movie, but there is a tiny link as you will see.

Loosely based on a true story (read here), the movie follows the quest for revenge of Hugh Glass (played by Leonardo DiCaprio) after being left for dead following a bear mauling. If the true story is in and of itself amazing, this movie is a breathtaking cinematic retelling.

However, my theory is the more perfect a movie is, the more jarring the mistakes are, especially in one they tried so hard to be faithful to realism. Here are my qualms:
THAT said...
All in all, this is one not to be missed on the big screen

FOLLOW UP: I stumbled on this opinion piece on Natives in cinema I think is well worth the read: http://www.vice.com/en_ca/read/indigenous-peoples-stories-need-more-than-just-leonardo-dicaprios-speech
Posted by Joseph Gagné at 9:51 AM 4 comments: