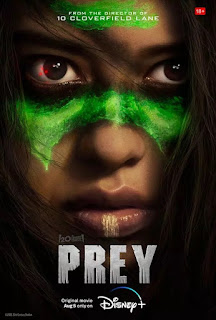 It’s nearing that time of year again: the air is getting crisper, the days are getting cooler, and I’m starting to have the urge to crack into my emergency stash of pumpkin spice chai. It’s around this time of year I start sniffing around for new movies to review for my list of colonial horror movies. But summer isn’t quite over yet: now is the last week to catch up with any blockbusters you’ve missed. Case in point, Prey, the latest addition to the Predator franchise. (And yes, though technically a sci-fi action movie, considering it's a monster flick in a historical setting, I’m including it within the genre of colonial horror).

To be honest, the trailer had left me a little indifferent. After getting burned by the atrociously stupid The Predator (2018), I felt the series had overstayed its welcome long ago. After subjecting myself to the mishandling of a cherished movie monster these past years, was I going to go through with it once more, with the risk of seeing a colonial setting being mishandled as well?

Imagine my surprise when both historian and non-historian friends were abuzz over the movie. I was even more surprised to find out that this time, the Predator was squaring off not only against a young woman of the Comanche nation (also known as the Padoucas by the French), but also against a gang of French-Canadian fur trappers. Bracing for the worse, I gathered my popcorn and laptop. In the end, I was rewarded for giving this movie a chance.

Narratively, the strongest point of the movie is how its story is trim and to the point. Gone are the mires of awkward plots and world building in the last few movies. In a nutshell, the setting is the Northern great plains in September of 1719. Our heroine, Naru (stunningly played by Amber Midthunder) is a young woman trying to prove to the rest of the young Comanche of her village that she is as good a hunter as any of the men, including her own brother (played by a very enjoyable Dakota Beavers). Following an attack on a member of their village, all of the young hunters head out to kill whatever animal is responsible.  Soon they cross paths with the tracks of… something. As Naru attempts to convince the other hunters that what they are looking for is not a regular beast, the group gets ambushed and outwitted by an invisible assailant. In the end, it is up to Naru and her wits to stop the creature, but that’s if she can first escape from fur traders intent on using her and her brother as bait for the monster…

Right off the bat, the care invested in portraying the Comanche shines though by having the introductory narration begin in said language. As the words slip into English, the movie unfolds strictly from an Indigenous point of view. To stress the audience’s association with the protagonists, all other languages remain foreign (in this case, French. Well, kinda, as we’ll see…).

Plot wise, there is nothing I can say against the movie’s portrayal of history. Though it certainly has its fair share of tiny anachronisms and historical mistakes, these are all in all easily overlooked details. The important thing is that none of these mistakes hinder the story. Just as I had previously discussed the importance of authenticity vs accuracy in movies in a past post, I tend to be more forgiving of a period movie as long as historical mistakes do not have an irredeemable effect on the plot (in this case, Prey is a world above such abominations as Barkskins).

However, the portrayal of French fur-traders rests on a caricature, a gross stereotype. Once again, though we can applaud Hollywood’s efforts to hire as many Indigenous actors as possible for Indigenous roles, alas, as usual, French-Canadians are neglected and not afforded the same courtesy. As far as I can tell, in the entire cast, only a single actor was actually French-Canadian (and his character was killed off fairly quickly, might I add). As for the rest of the French characters, my ears were just about to bleed with their terrible garbled fake French. However, I can’t deny that anytime I did understand, they made me chuckle (“J'aime le chien, ça goûte mieux que le castor.”/”I like dog, it tastes better than beaver.”). And as usual, my principle pet peeve was plastered all across the screen: if there is one detail I can’t stand anymore in colonial movies, it’s anachronistic beards. I said it before, I’ll say it again: not only were beards out of style by the 18th century, but traders also knew that Indigenous clients did not respect a man with facial hair. Yet, here we have a (metric crap ton) of uncouth Frenchmen walking around, artificially dirty and hairy (and what’s with that fur worn all willy nilly?). Furthermore, they should have been dressed in a mixed style of European shirts and Indigenous leggings. In the end, I’ll simply say they looked too gruff and dirty, as well as being nearly carbon copies of each other, like expendable bad guys, which, to be fair, they were. However, regarding this last point, I do think scriptwriters need to stop simply reducing characters of any ethnicity to caricatures to fulfil a need in the plot. As these trappers are reduced to a generalized brutish stereotype, they are not only hurtful (don’t get me started on growing up as a French-Canadian kid ashamed of his roots from seeing nearly all French-Canadians characters in movie portrayed as nothing more but brutes or idiotic clowns), their actions also contradict actual French attempts in this period to contact the Comanche in hopes of establishing trade. In the end, considering the care given to represent Indigenous characters as correctly as possible, it is a shame this same care was not afforded to French-Canadian ones.

All this said, I can’t be too harsh however, since just before watching the movie I discovered that historian Steven Brumwell had been consulted. He had offered suggestions and rectifications to the script which certainly helped elevate the authenticity of the movie (including reminding the producers that the Comanche had horses, suggesting the inclusion of French-Canadians trappers to begin with [Correction. They were already in the script. See Brumwell's comments in the comment section], and replacing blunderbusses with French trade guns). And let's be honest: I was totally rooting for the trappers when they took on the Predator. As a kid growing up watching the Schwarzenegger movie, I never thought I'd see the day the Predator would be fighting French-Canadians...

As usual, however, historical consultation will always remain a game of give and take. Here is a quick list of things (whether historical or not) I didn’t like or for which am petty enough to point out:

All it all, it’s not a perfect movie, but it is perfectly entertaining. In the end, there is much more to love about this movie than there is to criticise. Let’s not forget what it is, either: a crazy sci-fi where an Indigenous woman is facing off an 8-foot-tall alien killing machine… hardly a documentary. Still, as a historian, I’ve seen much worse historically-speaking; I’m willing to easily forgive the few historical mistakes because on the other hand, as a sci-fi nerd, I’m not sure the franchise deserved such a great addition, easily the best since the original. 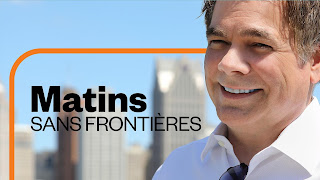 Posted by Joseph Gagné at 8:47 AM No comments: 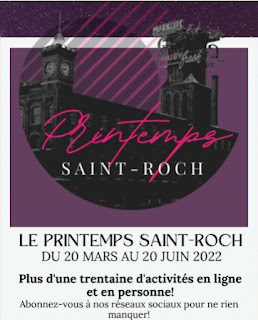 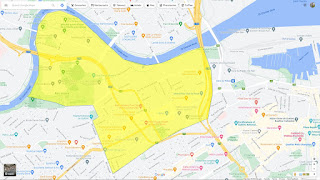 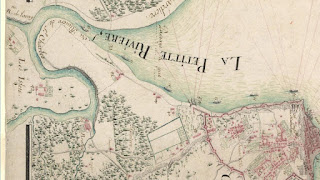 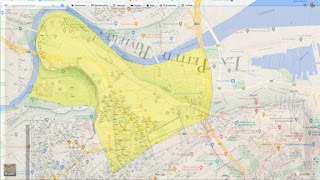 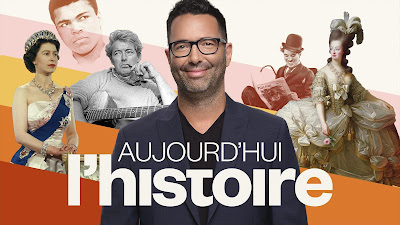 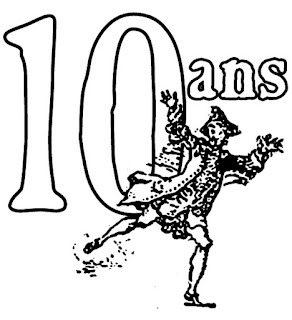 Posted by Joseph Gagné at 2:35 PM No comments: